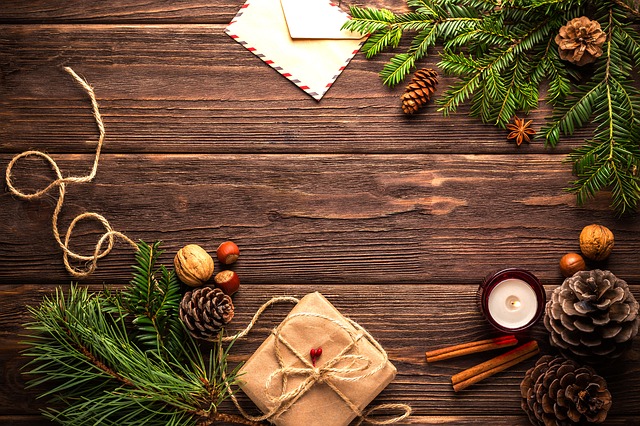 Healthier twists on holiday foods from around the world

What if you could swap a few simple ingredients for a healthier version of some of your holiday favorites? Let’s take a trip around the globe for some healthier alternatives of holiday foods enjoyed by various cultures. Every year during the holiday season, Latino families gather for Tamalada, a tamale-making party [1]. In Mexico, traditional tamales are made from pork or beef chunks. In the southwestern state of Oaxaca, tamales are wrapped in plantain leaves rather than corn husks. They are then filled with chicken and onions and flavored with mole negro, a sauce made of poblano peppers and chocolate. Tamales of all kinds can be cooked in steaming pots, rice cookers, or even in the microwave. Tamales are also traditionally made with lard, a soft white fat from pigs. The following recipe substitutes lard for vegetable oil and uses beans as the filling for a healthier holiday favorite. The potato latkes we know today originally began as Italian pancakes make with ricotta cheese, originating way back in the 1200’s [2]. These fried cheese pancakes combined two traditional foods associated with Hanukkah —  fried foods and dairy foods. Potato latkes came about after a series of crop failures in Eastern Europe. People started planting potatoes because they were cheap and easy to grow. It wasn’t until the mid 1800’s that potato latkes gained popularity.

Using cauliflower instead of potatoes can reduce the number of calories in your latkes. Swapping white flour for whole-wheat flour will add fiber and other nutrients. Green bean casserole is a classic dish for Christmas. It combines cream of mushroom soup, green beans, and other tasty ingredients for a smashing side during the holidays. However, it can be high in saturated fat and sodium if you’re not careful. The following recipe uses low-fat dairy products and a low sodium cream of mushroom soup and soy sauce for a healthier alternative to this holiday favorite.


For recipes and more: